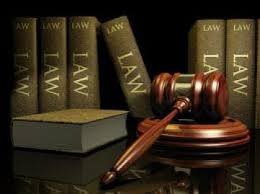 There are several basic assumptions that form the basis of comparisons in the common law and civil law systems, among which are;

Based on history and source of birth

Civil Law: “Civil Law” is the oldest and most influential legal system in the world. This legal system comes from the Roman-Germanic tradition. Around the 450 BC, the Roman Empire made their first collection of written rules known as “Twelve Tables of Rome”. This Roman legal system spread to various parts of the world along with the expansion of the Roman Empire. This legal system was later codified by Emperor Justin in the 6th century. The Corpus Juris Civilis was completed in 534 AD. When Europe began to have self-government, Roman law was used as the basis of the national laws of each country. Napoleon Bonaparte in France with his Napoleonic Code in 1804 and Germany with his Civil Code in 1896.

While the common law: based on tradition, costum and evolved from the precedent used by judges to solve the problem.

Based on the source

Common Law: Based on judicial decisions. Through judges’ decisions that bring about legal certainty, while still recognizing legislative legislation. While Civil Law, Based on written law (written law) and Pouring as much as possible the norm into the rule of law. The source of the law is the law established by the legislative power-holders and habits that live in the community as long as it does not conflict with existing regulations.

Based on General Principles

Civil Law: is a law that acquires a binding force, because its legal resources are manifested in laws that are in the form of laws and are systematically codified in certain codifications or compilations. This main principle is embraced considering the main value which is the goal of law is legal certainty. So that based on the legal system adopted, the judge can not freely to create a law that has a general binding force. The judgment of a judge in a case only binds the litigants only (deductive mindset). Give more priority to the doctrine and adopt Montesquieru’s theory of the separation of powers in which the legislator’s function is to legislate, whereas the courts function to apply the law.

Common Law: its legal sources are not systematically arranged in a particular hierarchy as in the Continental European legal system. In the Anglo-Saxon legal system there is a ‘role’ given to a judge who functions not only as the party in charge of defining and interpreting the rules of law, but the very large role of establishing the whole order of society. The judge has vast powers to interpret the applicable laws of law and create new legal principles which will be the guidance for other judges to decide on similar cases (inductive mindsets). In this system, it is given a great priority on jurisprudence and embracing the principle of judge made precedent as the main thing of the law.

Based on the classification

The common law recognizes the sharing of public law and private law. The notion given to public law is similar to the understanding given by the Continental European legal system. While private law is more intended as a law of property, law of person, law of contract and law of torts spread in the written regulations, judges and judicial decisions

Civil Law: This system applies in many European countries and its colonies such as Angola, Argentina, Armenia, Austria, Belgium, Bosnia and Herzegovina, Brazil, Germany, Greece, Haiti, Honduras, Italy, Netherlands, Indonesia and others. With a percentage of 23.43{b9494cfc93522cc773dfd0bbae6ca638a69756dac71858ffeb553d522bcba2e7} of the world’s population or approximately 1.5 billion people worldwide.

Common Law: This system is based in the UK and most of its colonies, commonwealth countries include Bahamas, Barbados, Canada, Dominica, Fiji Island, Gibraltar, Jamaica, New Zealand, TOGO, and others. With a percentage of about 6.5{b9494cfc93522cc773dfd0bbae6ca638a69756dac71858ffeb553d522bcba2e7} of the world’s population or about 350 million inhabitants.