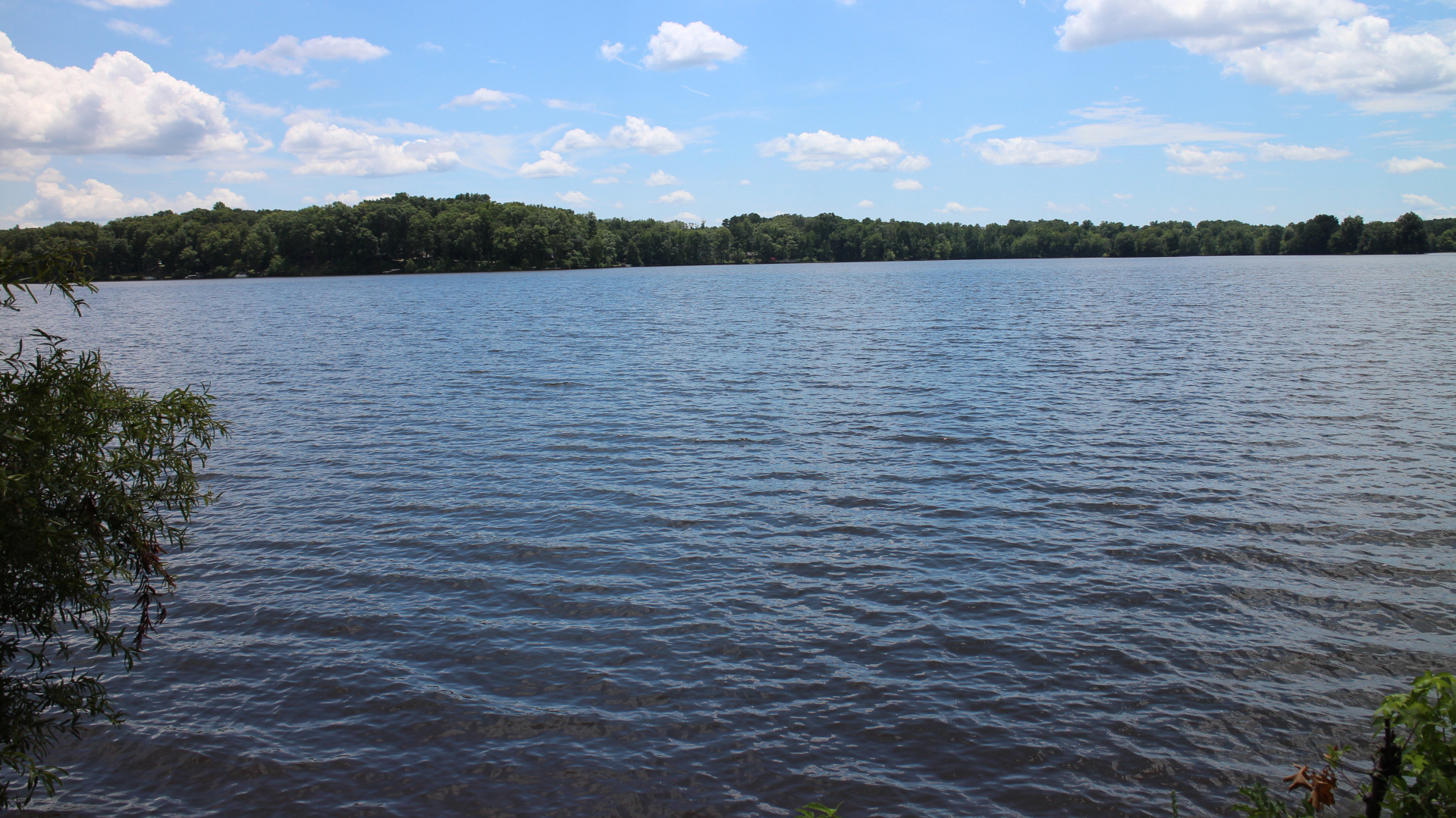 The view of the Swift Creek Reservoir from the future home of a restaurant planned for 14801 Genito Road. (Mike Platania photo)

A waterfront restaurant project in Chesterfield County is charging ahead, despite not having an operator on the books.

Williams, who’s a principal at local personal injury law firm Burnett & Williams, said he’s in discussions with some interested operators, but hasn’t signed a deal with anyone yet.

“The property is just ideal. It faces west, so you can have something to eat and watch the sunset over the water,” Williams said. “It’s going to be absolutely stunning, the vision I have for it.”

Last week Chesterfield’s Board of Supervisors unanimously approved Williams’ conditional-use permit application for the site, paving the way for the restaurant.

“Clover Hill is not the restaurant capital of Chesterfield County. But with this project, we’re getting closer,” said Clover Hill district supervisor Chris Winslow at last week’s meeting.

A rendering of the restaurant planned to overlook Swift Creek Reservoir. (County documents)

“We thought more and more about it. It’s a busy intersection, and I thought, you know what, a better use for this thing is something commercial,” Williams said.

While Williams said he’s previously invested in commercial real estate, this is his first development project. He said he’s hopeful to find someone who’s got experience in the restaurant industry to team up with.

Will Shewmake of recently merged law firm Woods Rogers Vandeventer Black represented Williams in the entitlement process. Architecture firm 3North designed the early renderings of the restaurant, and Balzer & Associates is the engineer on the project.

After holding the land for over a decade, Williams said he’s excited to see the project come to life.

“It’s a legacy project, in that I’d like to see something there that’s a destination,” Williams said. “It’s going to be an awesome place once it’s done.”

Another waterfront property nearby recently came available at 4000 Island Park Court, a nearly 7,000-square-foot mansion on the reservoir. The house was listed in June for $2.1 million.